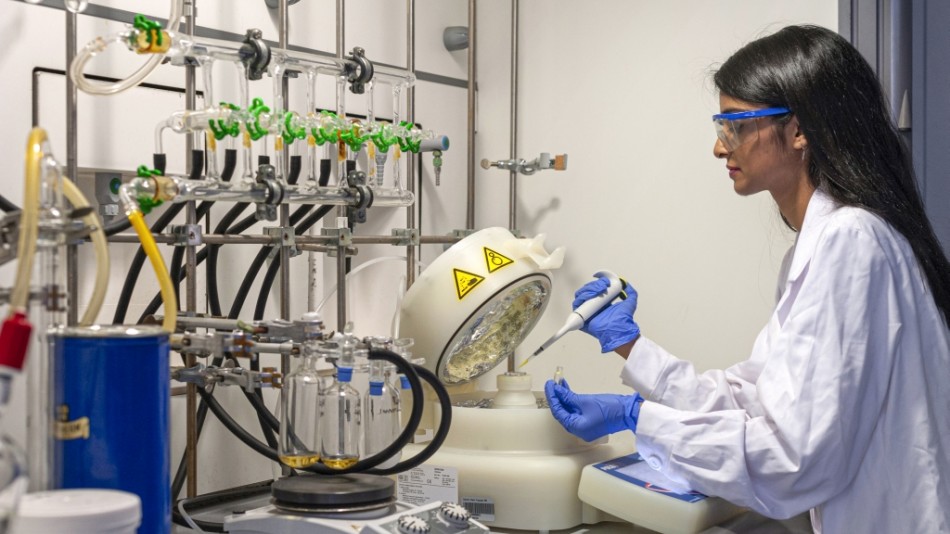 What should be a dream solar panel? Efficient, cheap to produce, durable, flexible and eco-friendly. All these we can get thanks to perovskites: new material offering energy conversion efficiency comparable to silicon panels but much cheaper to produce with simple technology. New research done at IPC PAS in collaboration with EPFL, Switzerland, brings us closer to commercializing this technology.

Have you ever wished for charging your phone while hiking? Or maybe just one thing prevented you from becoming a prosumer – lack of roof suitable for installing solar panels? If you wait a little, your dreams may come true thanks to perovskites. Metal halide perovskites have emerged as leading cost-effective candidates for light harvesting materials in solar panels over the last few years. What you may see today on roofs or special photovoltaic installations are silicon cells. They are quite thick and rigid, and production requires a lot of time, very high temperature and high-end technologies. All this means – high costs. In turn, perovskites are relatively simple and cheap to produce and their synthesis does not require complicated and expensive apparatuses. While being cheap to produce, perovskite offers energy conversion efficiency comparable to silicon photovoltaics (even though the latter has been researched for over 40 years, it still does not exceed 27%) and efficiency records are going up. At the start, in 2009, perovskite’s efficiency was at 3,9%. “A decade later we’ve reached a momentary efficiency of 24,2%” says Rashmi Runjhun. “It can potentially go as high as 31% and with tandem architectures the efficiency can be pushed even higher”, adds the scientist, “and isn’t the efficiency what everybody is now looking for?” According to Runjhun that’s why perovskites have such huge industrial potential. After all, one just needs to get a few of fairly available chemical compounds, mix them together to create a solution, make a film, and then anneal it - crystallize it to make the current flow better.

The PhD student of NaMeS* hopes that in the near future, thanks to her and other researchers, photosensitive layers made of perovskites will be put on various, including flexible and elastic surfaces, such as uneven, irregular walls, roofs or even clothes. Maybe we’ll even invent wall paint that will generate energy. Research done at IChF PAN in collaboration with EPFL, Switzerland, will certainly help it. Thanks to a slight change in the components of the perovskite solution scientists managed to increase the power conversion efficiency from 15 to over 20%. The increase stems from increased grains of the active layer as well as from better separation of charge. The team also managed to increase the carrier lifetime inside the perovskite layer and also increase their stability.

These results were described in a recent paper published in “Chemistry of Materials”. Remaining challenges? “Make new perovskite solar cells more ecological, as for now they are based on toxic lead element,” adds the supervisor of this project prof. Janusz Lewiński. And what’s the dream solar panel according to Rashmi Runjhun? Of course it should be efficient, but also cheap to produce, durable (with at least 10 years of good activity) and eco-friendly. And, of course, easy to put on flexible substrates. So one could for example put photosensitive layer on fabrics. This way we wouldn’t have to worry about camping unplugged.

* This publication is part of a project that has received funding from the European Union's Horizon 2020 research and innovation programme under the Marie Skłodowska-Curie grant agreement No. 711859.

Scientific work funded from the financial resources for science in the years 2017-2021 awarded by the Polish Ministry of Science and Higher Education for the implementation of an international co-financed project.