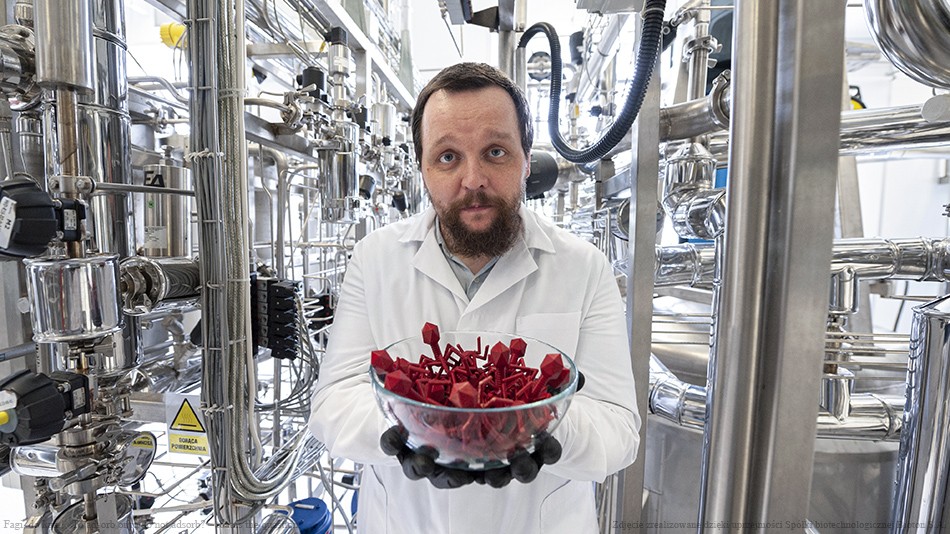 Prolonged exposure to antibiotics leads to the gain of bacteria's ability to defeat the drugs designed to fight them. Thus, if such antibiotic-resistant bacteria cause the infection, the only chance to use a specialized virus called phage infecting specific bacteria species. It is a powerful weapon against deadly diseases. At the same time, the effective treatment depends on factors that would not be suspected for years to impact the successful therapy. Recently, researchers from the Institute of Physical Chemistry, Polish Academy of Sciences led by dr. Jan Paczesny and Professor Robert Hołyst explained why, in some cases, phage therapies might fail. They have revealed that the material used to store the phages has a tremendous effect on their number in the formulation used for treatment.

Antibiotics were used for many decades to treat various bacterial infections. Thanks to them, many diseases are easier to fight. Unfortunately, as long as antibiotics are widely applied in medical treatment, many bacteria develop resistance to antibiotics. As an effect, some of them can defeat all antibiotics that are currently available in the pharmaceutical market. What if someone infected with highly resistant bacteria and even the most potent antibiotic - vancomycin, does not work? Still, there is a chance to win the mortal fight. The solution is based on applying bacteriophages, also called phages. They are specialized viruses that can infect and kill bacteria without adverse effects on humans. That therapy is called Last Chance Viral Therapy and can be used against chronic diseases, e.g., urinary tract inflammation. Unfortunately, despite beneficial treatment and numerous trials, the number of active bacteriophages in the solution for injection can drastically decrease, making the treatment ineffective. Recently, scientists from the Institute of Physical Chemistry, Polish Academy of Scientists led by dr. Jan Paczesny and Professor Robert Hołyst found out that the drop of the phage's concentration in a formulation depends on the container's properties used to store them. Surprisingly, depending on the polymer that is used to make the container, the phage can "sit" on the polymers' surface or not. That is caused by hydrophobicity, which is one of the most critical factors governing the adsorption of phages on surfaces. As an effect, even the same sets of containers purchased from different suppliers and manufacturers can have other superficial properties. Then, the internal walls can scavenge all phages from the bulk, leading to a reduced concentration in the formulation.

So, the number of active phages can drastically drop even many orders of magnitude depending on the containers' type used for the phages store. These differences can be caused by the additives used in polymers manufacturing, like plasticizers or slip agents. For that reason, researchers tested several types of polypropylene-based containers dedicated to laboratory use.

Dr. Paczesny remarks, "We verified if leachables are responsible for the observed effect of a decreasing number of active phages in polypropylene containers. We considered the possibility that leachables released from "unsafe" tubes could deactivate phages or leachables from "safe" tubes could protect phages against external factors (e.g., temperature). Next, we examined the adsorption of virions on the polypropylene containers' walls as a mechanism responsible for the observed effect. Uncontrolled adsorption of phages and their subsequent disappearance from the solution can cause severe errors and unrepeatable results. This is extremely important for phage therapies."

Researchers tested various containers with standard operations like mixing, heating, or prolonged storage of active phages. They presented that the drop of active phages number in bulk is dependent mainly only on plastic properties like wettability. They have also investigated the effect of phages' physical structure, including electrostatic properties of the phages' surface. Still, their results clearly point out that the type of plastic has tremendous meaning comparing the surface potential of phages when it comes to phages settling onto containers' walls. In this work, researchers proposed particular solutions for containers having specific properties like a treatment with a particular surfactant limiting the phage's adsorption onto the container surface. Within detailed studies, it was presented that their agglomeration causes the drop of the number of active phages in bulk onto containers' walls. Researchers have explained why phages tend to adsorb on more hydrophobic surfaces. When the aqueous solution with phages is stored in the container made with hydrophobic material like PP, the aggregation of phages onto walls is profitable energetically than their stay in the solution. It is caused by the water properties that have limited contact with hydrophobic walls when they are covered with phages.

"Our findings are of crucial importance not only for phage-related studies. Lack of reproducibility of measurements is becoming the most significant threat to the scientific community. Scientists might not even be aware that PP tubes vendor might provide seemingly the same product differing significantly from batch to batch. Sometimes this can lead to false conclusions. Or, as in the case of phages—it can prohibit the development of essential technologies due to low efficiency caused solely by improper containers." – claims dr. Paczesny

The studies presented in the Scientific Reports on 1st April 2021 present an important issue about the effectiveness of the Last Change Viral Phage Therapy. In case of sudden need of its application, the choice of container for the phages store seems to be the least important. However, as we can see here, such a factor has a tremendous impact on the number of active phages in the solution determining successful therapy.

Such a small step for phages can be a significant step for a patient who struggles with bacteria that can be killed only with phages. Presented data and proposed solutions solve non-repeatable results in infection treatment with phages, but, for sure, will improve all phage-based projects.

The photo was taken courtesy of the biotechnological company Bioton S.A.

A new way to monitor blood flow in the brain. The πNIRS technique could...

From capturing energy to capturing the Dream Chemistry Award 2022