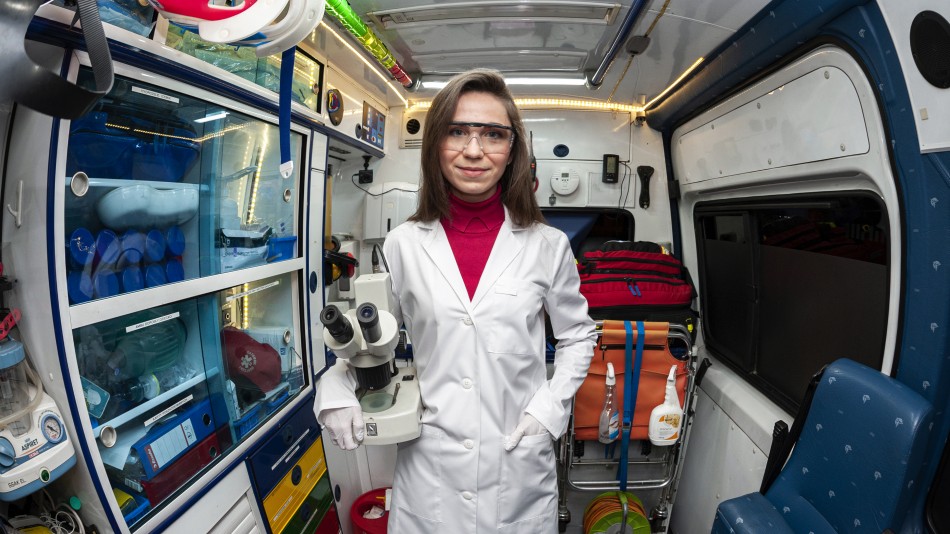 Cancer is one of the most fatal diseases globally. It can affect every type of tissue, while one of the most dramatic nightmares of women is triple-negative breast cancer. It became an aggressive enemy differing from other types of invasive breast cancers. It grows and spreads fast, and there are limited treatment options. As an effect, the prognosis of the successful treatment is still too low and needs novel solutions. There are some anticancer drugs, and one of them is a relatively new drug – olaparib. However, despite its effectiveness, it is still too far from expectations. Facing this mystery, researchers from the Institute of Physical Chemistry, Polish Academy of Sciences led by prof. Robert Hołyst presented the correlation between the drug and the particular proteins.

Breast lumps are a common problem, and very few women can claim they do not have it, but their appearance is often neglected. Unfortunately, the risk of the development of breast cancer increases with age, doubling every decade, and due to the continuously growing scale of the silent cancer development in the breast tissues, lumps should be regularly examined. Once cells mutate, becoming cancer, they abnormally and excessively crowd out healthy cells like nerves and blood vessels. Quickly increasing cancer cells spread out into the neighboring tissues and through the whole body, dramatically hindering the medical treatment. An example of aggressive cancer challenging to defeat is triple-negative breast cancer. Why is it such a hard-ball enemy? It does not respond to hormonal therapy medicines or medicines that target specific protein receptors like HER2 involved in normal cell growth. In other words, hormones like progesterone and estrogen and the drugs binding HER2 receptors usually fail to battle this type of cancer.

Recently, researchers from the Institute of Physical Chemistry, Polish Academy of Sciences (IPC PAS) presented their studies focusing on interactions between the single molecule of the anticancer drug – olaparib and the single cell for a better understanding of its mechanism. They have studied the drug's effectiveness within the advanced fluorescent-based method, namely, Fluorescence Correlation Spectroscopy (FCS), including the analysis of viscosity in the cell. As an effect, they have unraveled precise data about the concentration of the specific complexes in cancer cells. Let's take a look at this research.

Our body has a fantastic ability to regenerate thanks to the PARP protein that repairs the DNA. This molecule can bind to certain breaks in the double helix, forming an active complex leading to the reparation of damaged bonds. As the first response to the DNA damage is the PARP protein, it cannot be repaired in the presence of an olaparib - anticancer drug acting as a PARP inhibitor. When the drug forms a toxic complex blocking PARP1, the BRCA1 protein continues the DNA repairing. However, when the BRCA1 function is disabled – due to mutations or other events, the cells are unable to process DNA repair properly. In such cases, olaparib leads to DNA damage accumulation and ultimately the death of the cancer cells. The FDA recently proved this drug for patients with specific BRCA1 and BRCA2 genetic mutations. Due to its PARP1 inhibiting ability, the double-strand breaks cannot be repaired, leading to the therapeutic effect, where the cancer cells are defeated.

Scientists from IPC PAS have focused on that mechanism investigating the olaparib's inhibition on the molecular scale. They presented that effectiveness depends on the abundance of the BRCA1 protein responsible for promoting precise repair of double-strand breaks in the DNA.

Olaparib can accumulate in cells despite the BRCA mutation, and its amount decreases the amount of PARP1 protein in the cell. Moreover, the group led by prof. Hołyst documents that olaparib activity is maintained even if BRCA1 and BRCA2 are intact. These results support the other newest literature reports and indicate that olaparib therapy can also be undertaken for patients without BRCA1/2 mutation. They show this using breast and cervix cancer cell lines without BRCA gene mutations. These immortalized cells have intact and functioning DNA repair machinery, and yet the amount of the PARP1 protein determines the drug accumulation in the cell. They proved that the accumulation of drug accompanying the increased amount of the PARP1 is not associated with the therapeutic effect but the amount of available BRCA1 protein making cells susceptible or resistant to PARP treatment.

"Our results present evidence that cell lines without BRCA1 mutations can be sensitive to the used inhibitor, like MDA-MB-231. Sensitivity understood as the success of therapy is closely correlated with the amount of BRCA1 protein." – claims the first author – Aneta Karpińska.

Olaparib injected into the tissues easily crosses biological membranes getting to the particular cells. Here, scientists were curious what would happen in the cytoplasm or nucleus, where the most PARP1 protein occurs. To solve that problem, they have measured the autocorrelation FCS curves and proposed the optimal model observing the drug in the free form, the drug acting as an inhibitor in the complex, namely olaparib–PARP1 complex, and as the complex with the RNA like olaparib–PARP1–RNA complex. Then, they have measured the concentration of the particular components in the cell. Researchers evaluated how much drug bonds the complex with PARP1 and identified compartments.

Within the deep analysis of the fluorescence in the tested samples, it was possible to estimate the diffusion coefficient describing how fast the particular components are distributed in the cells. Based on the experimental data, the modeling was also performed for specific components' motion to predict further how objects of different sizes move in the cells. Developing the model of the drug interactions in the cell and the experimental data researchers also illustrated what is happening with the drug on the molecular level. They could see how effectively the drug diffused through the biological membranes, such as 1000 drug molecules from 1200 total diffused into the nucleus.

Researchers also described that the PARP protein is also present in the cytoplasm and calculated its amount. Moreover, their work presents for the first time the presence of PARP protein in the cytoplasm of the cervix cancer cells. They have also shown that its cytoplasmic amount does not correlate with the therapeutic effect due to the presence of BRCA1 protein revealing why the therapy can have different effects.

Dr. Karina Kwapiszewska remarks "We proved that PARP1 protein levels in the cytoplasm are not associated with the therapeutic effect. For both cell lines, HeLa and MD-MB-231 the concentrations of this component were very similar, while the resistance of HeLa cells was higher."

The method that researchers proposed has tremendous potential in biomedicine, making it possible to be even applied in clinical studies in the future. What does it mean in practice? Suppose the amount of the BRCA1 protein could be measured directly after the diagnosis and before the drug application. In that case, the amount of the drug needed for effective treatment could be personalized.

Thanks to the findings published by the IPC PAS researchers, medicine is a step closer to personalized medicine. The individual's genetic profile will guide decisions regarding the effective treatment not only of cancer diseases but also possibly prevention. All due to the deep understanding of the processes in the cells and a curiosity.

The study was financed by National Centre for Research and Development within "Lider IX" program, project number LIDER/10/0033/L-9/17/NCBR/2018.