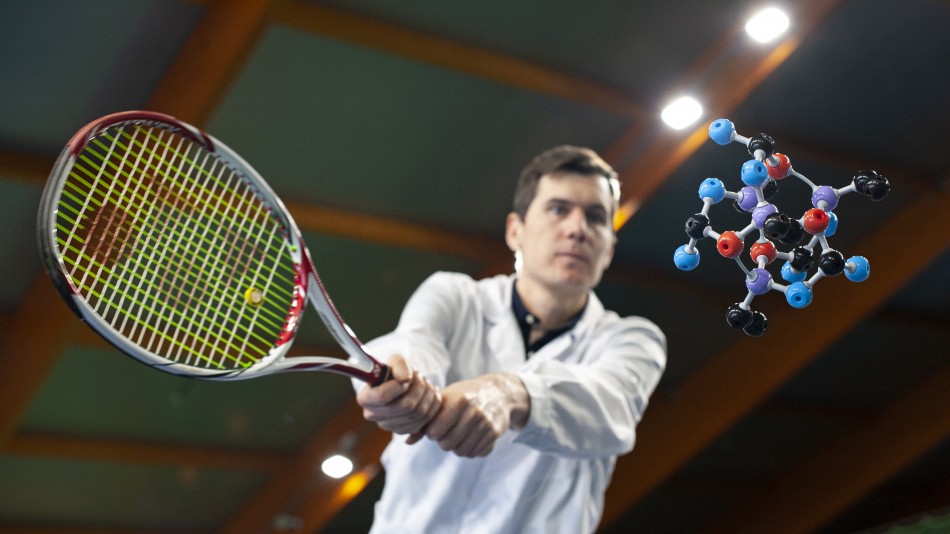 If you were asked to identify ancient chemists’ and pharmacists' attributes, your best answer would probably be the mortar and pestle. For centuries, this mechanical tool was used for crushing and homogenizing solids like food ingredients or natural medicines. Together with its electrically-powered twin called a ball mill, this antique instrument has become must-have equipment for any laboratory devoted to green chemical synthesis. It enables us to create some materials and molecules more efficiently and even makes some entirely new ones. Recently, a research team led by Janusz Lewiński, a Professor at the Institute of Physical Chemistry Polish Academy of Sciences (IChF PAN) in Warsaw has brought this idea to the nanoscale by developing sustainable and efficient synthesis of coated zinc oxide nanocrystals by mechanochemical grinding.

Back to the past

In ancient times, mortar and pestle were used to grind foodstuffs, prepare medicines from plants, and shred ore and minerals to create paints. Nowadays, scientists have a more effective way to get this done. It is called ball milling. Solid substances, along with one or more balls made of some hard material, are placed in a barrel-shaped reactor typically a few centimeters long. Such a vessel is shaken rapidly by moving back and forth up to 30 times per second. This causes the balls to collide with the reactor's walls and hit the substrates’ particles, providing them with energy.

Although technological progress made grinding easier and more efficient, the real breakthrough was driven by a change in the way scientists approach the process. It was observed that the mechanical energy generated in either a mortar or a ball mill could be harnessed for more than homogenization or crushing larger objects into smaller pieces: it was able to promote the formation of new chemical bonds and, by extension, new molecules, structures, and materials. This discovery led to the foundation of mechanochemistry, a branch of science devoted to chemical reactions occurring directly between solid substances, assisted by mechanical force. The mechanochemical approach appears very different from typical chemical reactions, which occur in solutions (think: soup cooking in a pot) and use heating as a principal source of energy.

The mechanical force generated inside rapidly-shaking milling jars soon appeared very effective in inducing structural changes in reagents. Mechanochemical reactions are often much faster than those performed in a solution and, even more spectacularly, have given scientists access to new molecules which have not been obtained before. Moreover, mechanochemistry has received much attention as a sustainable, "green" technique. In traditional (or "wet") chemistry, solvents typically account for more than 90% of the molecules in a reactor, with most of them derived from fossil fuels. Reactions performed by grinding allow chemists to avoid solvents almost completely. Additionally, higher yields and atom efficiency result in decreasing the quantity of generated hazardous waste. Mechanochemical technologies are also reported to drastically reduce the amount of energy required for transformations.

A team of IChF PAN scientists led by Prof. Janusz Lewiński, in collaboration with researchers from the Warsaw University of Technology, has recently shown that mechanochemistry can also be applied to chemical synthesis of nanoscaled objects. 'Preparation of functional nanomaterials is particularly challenging, as not only does one have to target the appropriate chemical composition, but also learn how to control the nanoparticles' shape and size as well as the interface between an inorganic core and an organic shell, which has a crucial impact on the material's physicochemical properties', emphasized Prof. Lewiński. His research group developed a mechanochemical preparation method for semiconductor zinc oxide nanocrystals coated by functional ureas. The authors selected a blood pressure-lowering drug and a herbicide as model urea-derived compounds. The new methodology provided sub-10-nanometer urea-coated ZnO nanocrystals after just 20 minutes of ball-milling; this means the process is more than 99% shorter than solution-based syntheses of similar materials. Moreover, the team developed a mechanochemical method to further modify the nanoparticles' surface with β-cyclodextrin, a bio-derived cyclic sugar, which makes the material more biocompatible and, therefore, potentially more useful for biosensing applications.

The IChF PAN team's success was built on careful design of molecules to serve as precursors in the mechanochemical synthesis process. In the urea-coated ZnO synthesis case, the precursor included a pre-organized (ZnO)4 ring formed on the boundary between a deprotonated urea fragment and an ultra-reactive ethylzinc moiety known for its high reactivity upon contact with omnipresent substances such as water or oxygen contained in the air. The as-prepared ethylzinc–ureate precursors supplied with a boost of mechanical milling energy start to assemble together in the process of nanocrystals' nucleation and growth, which continues until the final size of 10 nm is reached. This kind of counter-intuitive approach, where one uses mechanical force to assemble larger and more complex molecules or materials from simpler ones, is called bottom-up mechanosynthesis (as opposed to top-down processes, in which nanoparticles are achieved by crushing larger particles). It turns out that the bottom-up approach enables greater control over the formation of nanocrystals, gives access to smaller particle sizes and non-heterogenous structures, and requires much less milling energy. 'We find mechanochemistry so fascinating just because it demonstrates how mechanical force can be used not just to crush or destroy objects but rather to grant some kind of a creative boost to molecules and materials', remarked Piotr Krupiński, a researcher at IChF PAN and first author of the publication.

Mechanochemistry has recently proven to have much more to offer than it was previously thought. Global environmental pollution needs new solutions for waste reduction, and mechanochemical processes provide a perfect answer to meeting this demand. Isn't it fascinating how modern science can advance by looking for inspiration in the past?

The Eukaryotic Cell Nucleus Resembles the Layout of a Superstore