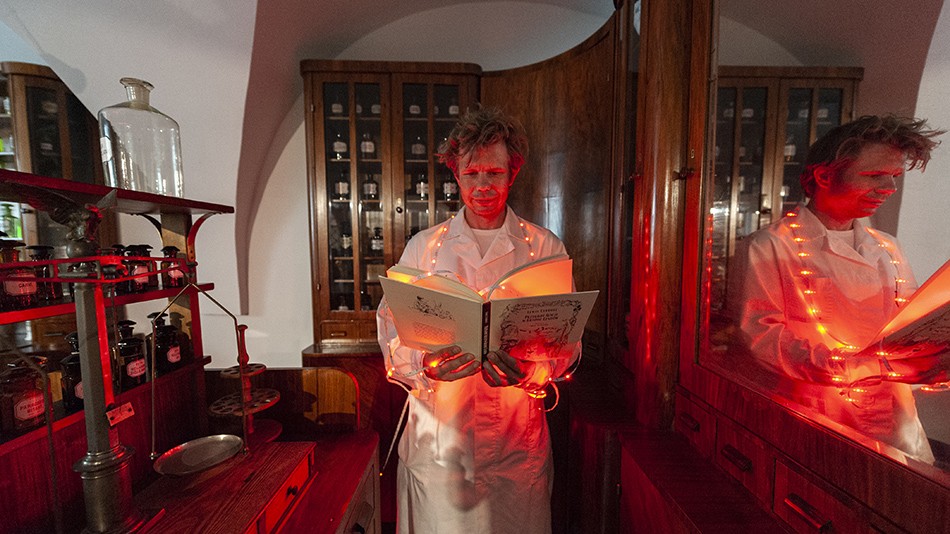 Decades ago, people dreamt about the miniaturization of devices. Everyone wanted to have a portable phone, music player, or even a TV. Currently, we are much further than that. Scientists miniaturize even sensors dedicated to medical diagnostics, so only tiny compartments are needed instead of the whole room of equipment to perform some analyses. Recently, scientists from the Institute of the Physical Chemistry, Polish Academy of Sciences, presented a unique lab on the chip system based on microelectrodes, where the diagnostics occur thanks to the laser beam and electrodes. Moreover, due to the unique combination of the geometry of the platform for hosting sample, it is possible to detect chemicals even in a sub-milliliter droplet.

Nowadays, detecting chemical compounds is easier than ever before, while the main challenge is microscale analysis. Instead of milliliters of analytes, scientists try to miniaturize devices to detect chemicals from a solution having much less than milliliters. If someone would probably say decades ago that measurements on such a small scale will be possible, no one would believe in that. Luckily, it is no more science-fiction. To take advantage of the growing need for real-time detection of chemicals in the microliter droplet, scientists from the Institute of the Physical Chemistry, Polish Academy of Sciences led by Martin Jӧnsson-Niedziółka in collaboration with researchers from Warsaw University of Technology have proven that analysis of solutions in so small scale is possible.

The researchers' new concept combines the advantages of fabricated microelectrodes and microcavities with optical boosting of detection signal by standard single-mode optical fiber using femtosecond laser micromachining. They presented a multi-domain sensing method merging classical electrochemical methods and optical techniques with the unique shape of the platform hosting droplet sample. Scientists designed and optimized microcavities' geometry and placed microelectrode in it when filled the solution. Then, they have recorded the electrochemical and optical signals simultaneously.

"We performed a series of electrochemical experiments in parallel with optical measurements for different positions of the microelectrode. We could clearly see the change in the optical signal as the electrochemical reaction progressed." – remarks dr. Martin Jӧnsson-Niedziółka

Researchers demonstrated that by controlling the size of microcavities in the lab-on-the-chip system and induction of signal in an optical fiber using femtosecond laser ablation, they could electrochemically investigate analyte inside a microcavity. The secret of maximizing the sensitivity of measurement hides in the advantage of optical fiber. Surprisingly, such a component having long history and being dedicated to communication, makes it possible to measure minimal changes in the solution like the refractive index parameter. In that way, the designed system can precisely measure the bending of an illuminating light when passing the droplets. When the chemical reaction like the proposed redox process takes place in the sample, the values of that parameter change, making it possible to detect even tiny chemical composition changes in the droplet placed in microcavity.

Dr. Martin Jӧnsson-Niedziółka claims that “combining the remarkable sensitivity of the optical fibres with the flexibility and power of electrochemistry opens a new way of investigating chemical systems. Multi-domain sensing will definitely become evermore important as the complexity of samples and analyses increases”.

The team's experimental findings were compared with standard techniques like Near-Infrared Spectroscopy that failed to detect small-scale proposed redox reactions. There was no difference between the signals of the oxidized and reduced forms of the used ferrocene-based redox probe, widely applied to induce redox reactions. Contrary to the spectroscopic solution, a new multi-domain system detected the ferrocene-based compound's oxidation and reduction reaction changes in proposed tiny scale. The design principles demonstrate that it is possible to measure changes during electrochemical reactions by monitoring the optical properties of even a few microliter volumes. Moreover, both optical and electrochemical studies have been supported by numerical analyses showing its promising application even in a much lower - picoliter scale, which is a step forward portable, efficient and sensitive detection of analytes.

“There is still a lot of room for improving these measurements. At this point we were just very happy to see that it functioned at all. We are already hard at work with making the system easier and more flexible to use.” – says dr. Martin Jӧnsson-Niedziółka

The presented data show tremendous potential for future screening of biological samples like metabolites and environmental pollutants, or even hazardous samples. Sensitive measurements made with the proposed lab-on-the-chip platform could be helpful for the detection of many chemical reactions than currently investigated in commercial laboratories but on a much lower scale. The complex undertaking and high sensitivity by the unique system still need optimization; however, it is a breakthrough in fast and sensitive micro-scale sensing.

The monitoring of samples with the proposed system may significantly enhance the efficiency of future clinical treatment. This work opens the door to establishing accurate real-time detection of chemicals with light and microelectrodes and is a promising pathway maximizing the versatility of performance, including portable medical diagnostics.