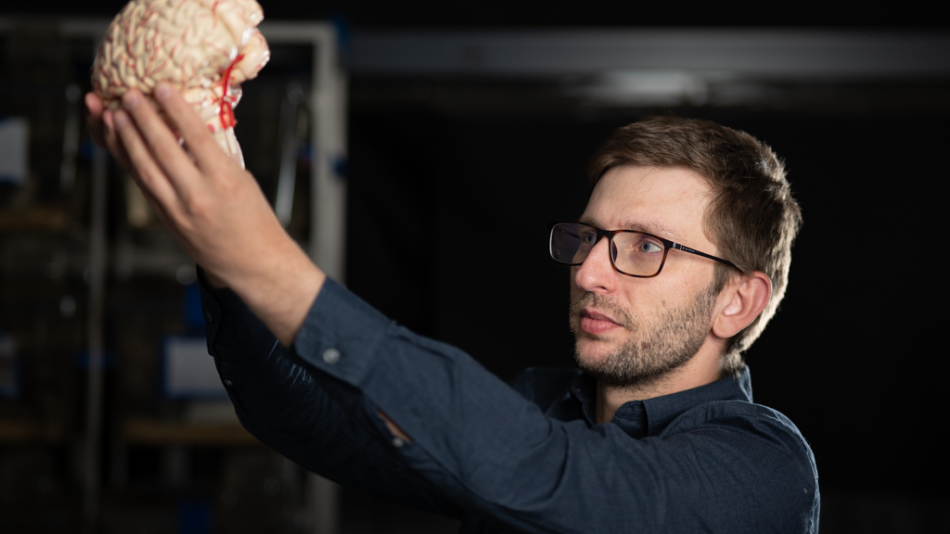 Why do photoreceptors in the retina die? Can this process be inhibited? Research conducted by an international team of scientists, with the participation of Dr. Andrzej Foik of ICTER, may help develop therapies to slow vision loss.

Retinal degeneration is a multifaceted disorder with many etiologies, and it is one of the leading causes of blindness worldwide. Some cases of this retinal disorder have a genetic basis. Thus, mutations that cause photoreceptor death are well known. However, the pathophysiology within the retina and along the visual pathway has been impossible to decipher in the early stages of the disease.

In the paper, "Visual System Hyperexcitability and Compromised V1 Receptive Field Properties in Early-Stage Retinitis Pigmentosa in Mice," published in eNeuro, the researchers have studied the visual functions of the retina, midbrain, and visual cortex in animal models of retinal degeneration. The authors of the report are Henri Leinonen, David C. Lyon, Krzysztof Palczewski, and Andrzej Foik. The research is of great importance, as it could lead to the development of new diagnostic methods for early detection of eye diseases that cause blindness.

"We found that the visual system adapts to the loss of photoreception by increasing sensitivity, but simultaneously becomes deleteriously hyperactive. Understanding this mechanism could lead to therapeutic protection and restoration of vision," says Andrzej Foik, Ph.D. of ICTER.

How does retinal degeneration occur?

Retinal degeneration is the result of several eye diseases that involve degradation of the retina and loss of photoreceptor function. The most common forms of retinal degeneration are macular degeneration (AMD; Age-Related Macular Degeneration) and pigmentary retinopathy (RP; Retinitis Pigmentosa). These diseases have quite diverse outcomes; with AMD there is a loss of central vision, while with RP the patient stops seeing peripherally.

The retina is the light-sensitive layer lining the inside back of the eye, containing the photoreceptors (cones and rods). These receptors catch the light and convert it into electrical impulses, which are transmitted via the optic nerve to the brain. This is how we see the world. The central part of the retina is the macula, comprising an area about 5 mm in diameter that contains the greatest number of cone photoreceptors. The macula is responsible for the sharpest vision.

Macular degeneration (AMD) is a disease in which progressive death of photoreceptors is concentrated in the macula, resulting in deterioration of central vision and distorted images. Although its precise mechanism is unknown, AMD is considered the most common cause of irreversible vision loss after age 50. That is why it is essential to diagnose AMD as early as possible, so that appropriate treatment could be implemented to slow or halt progression of the disease.

Pigmentary retinopathy (RP), on the other hand, is an inherited disease of the retina, linked to various genetic syndromes. During its development, clusters of pigment (initially small) appear in the fundus, which thickens over time, preventing normal vision. The disease is highly variable in presentation, and many experienced ophthalmologists have trouble diagnosing it correctly. Patients with pigmentary retinopathy are often left with only limited central vision, or "tunnel vision," which deteriorates over time. Unfortunately, there are no effective treatments for pigmentary retinopathy, although experimental gene therapies are being tested worldwide.

The mice were divided into two groups: young (one-month-old) and adult (three-month-old). There was noticeable hypersensitivity to light (30% higher ERG values) and visual hyperactivity in the new cortex in all RhoP23H/WT mice, but the effect was more pronounced in the young animals.

"Our data suggest that the visual pathway becomes hyperactive during early RP. This may have both compensatory and detrimental consequences for visual behavior. Further research into the mechanisms of hyperactivity is warranted, as it may lead to therapeutic interventions in RP," adds Andrzej Foik, Ph.D. of ICTER.

A complete understanding of pigmentary retinopathy offers a better chance of halting progression of the disease. Previous studies have shown that very high daily doses of vitamin A (15,000 IU/d) can slow the progression of RP by about 2% per year, but such an intervention must be considered carefully because high dose vitamin A is not without potential side effects to our liver. Thanks to the research in which Dr. Andrzej Foik participated, it will be possible to determine who is at risk for RP before the disease has even begun to manifest itself.

The International Centre for Translational Eye Research (MAB/2019/12) project is carried out by the Institute of Physical Chemistry, Polish Academy of Sciences within the International Research Agendas programme of the Foundation for Polish Science co-financed by the European Union under the European Regional Development Fund.